Death Bed: The Bed that Eats

Happy New Year, Happy 2019! I’m back with the amazing cult classic Death Bed: The Bed that Eats, directed by George Barry in 1972. This movie took five years to finish and at the end of that he couldn’t find a distributor. You may have heard of the movie because Patton Oswalt discusses it on his Werewolves and Lollipops album. 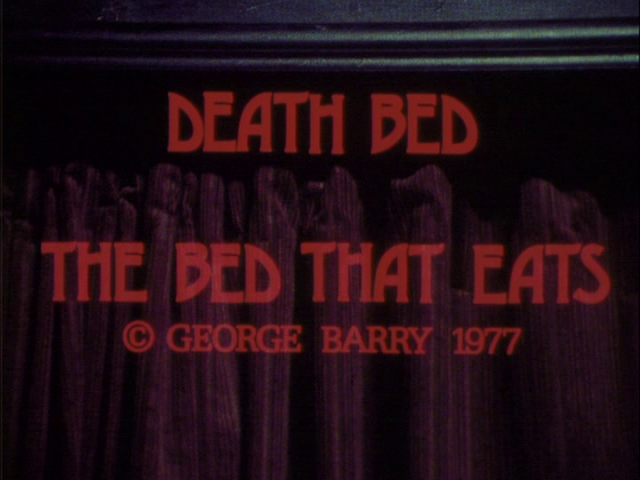 A bootleg was made from a copy that Barry gave to a someone who was looking to buy the rights for the UK and this circulated on VHS until Barry discovered that people had seen the movie while he was browsing the internet. The movie got a proper release in 2003 when Cult Epics released it on DVD. That’s the edition I have. It’s incredibly bare bones, it has the movie, an interesting intro with George Barry discussing how the movie got made, and some liner notes.
The title is accurate, this is a movie about an evil bed that devours anything hapless enough to be on it. 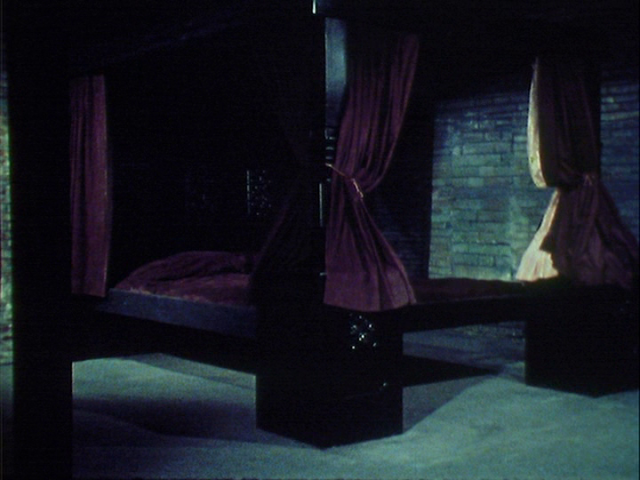 People seem to get sucked into the bed where it’s full of acid that turns them into skeletons and they just kind of disappear.

Food that’s left on the bed is eaten and returned as cores and chicken bones and empty bottles.

The movie is narrated by the ghost of a consumptive artist that was devoured by the bed and is now trapped behind a painting (Really a poster tacked on the wall of a drawing by the artist Aubrey Beardsley).

In fact, I think the artist is supposed to be Aubrey Beardsley, he did die of consumption.
We’re introduced to the bed as a couple stumbles upon the building it’s in while hiking. They lay down, start to make out, and the bed devours them.
Next we meet Diane (Demene Hall) and her friends. 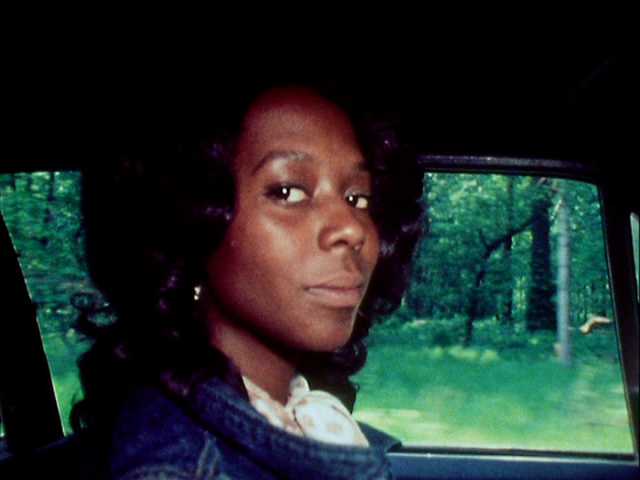 Diane is just too cool. She’s sarcastic and funny, drives a cool car, and basically puts up a better fight against the evil bed than anyone else.
Diane’s borrowing the house to get out of the city and her two friends are with her–the weird, neurotic Suzan (Julie Ritter) and Sharon (Rosa Luxemburg). Oddly enough, the bed fears Sharon. We find out the bed’s history from the artist–a demon spirit lived in a tree and fell in love with a woman. It assumed the shape of a man and created a bed. It accidentally killed the woman when it tried to make love to her. It wept tears of blood on the bed and returned to its tree. The blood is the power behind the death bed. It’s strongly implied that the bed has committed unspeakable evil over time, there’s even spinning newspapers and old-timey footage with blood.

The bed kills Suzan and Diane but Sharon may have the power to stop its evil. Her unnamed brother (William Russ, credited as Rusty Russ) tries to stab the bed and, in the greatest part of this movie or possibly any movie ever made, ends up with these skeleton hands. 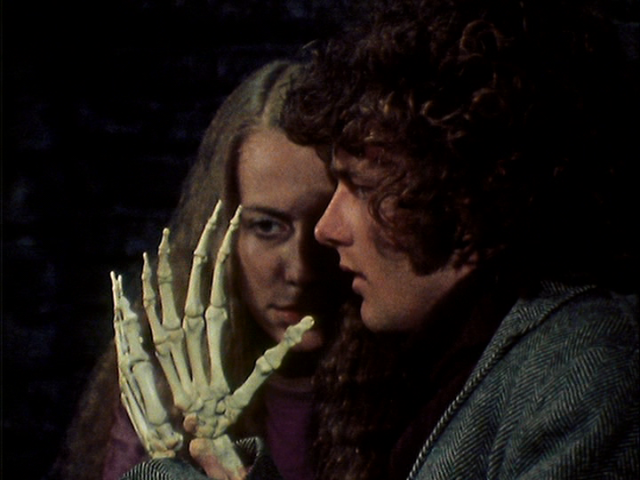 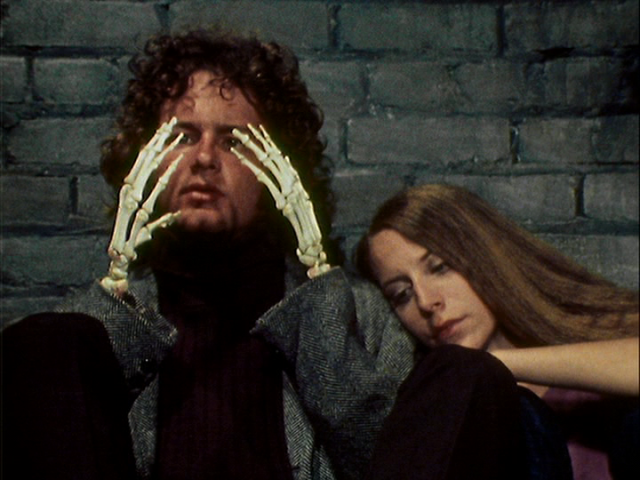 This movie is bananas in an artistic, surreal way that I think was really popular in the seventies. It’s not perfectly filmed–there’s a lot of day shot for night, and it’s frequently hard to see the faces of the leads if the shot isn’t a closeup. The transfer itself isn’t great and everything is very dark. There’s minimal dialogue, instead there’s a lot of internal monologues that was done in ADR. But there’s something charming about it that I absolutely loved. I’ve seen a lot of love lately for Messiah of Evil that I don’t really get. I think this is infinitely more watchable. It has a good sense of humor and works if you don’t take it too seriously. Also, with a run time of 80 minutes it doesn’t overstay its welcome.
It’s not really gory or scary. There are some gross moments with the bed digesting things, the yellow foam just looks really unpleasant. There are some shots that I thought were really cool. Honestly, I wish we’d seen more movies from Barry. I think his vision was genuinely cool and unique, and he could make something good with practice and an actual budget. 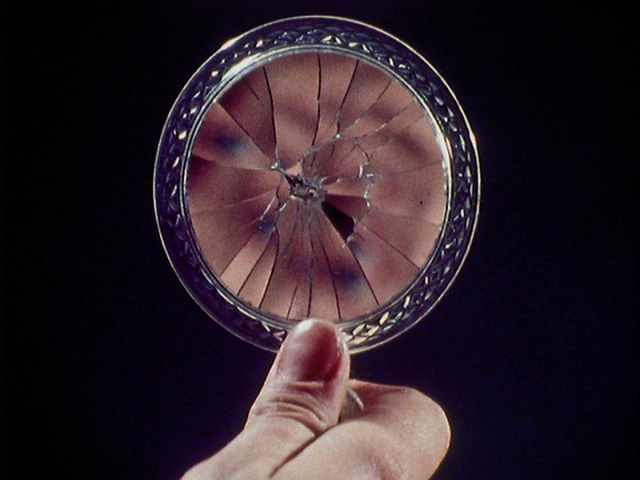 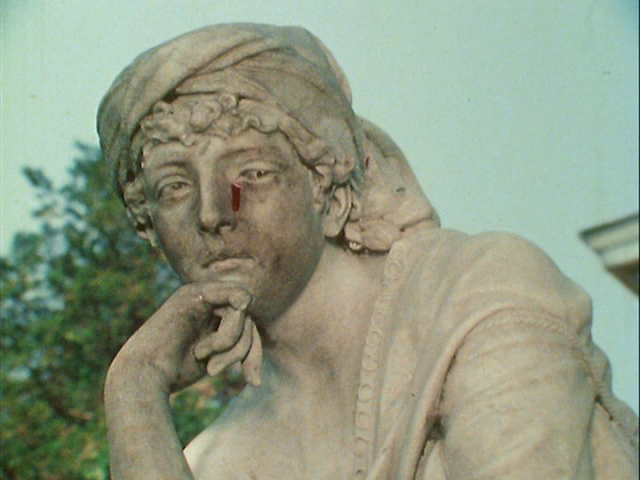 This may be the most loving review of Death Bed: The Bed that Eats ever written. At least the movie gave me this moment.

I like scary movies a little too much. I thought I'd share my obsession with you.
View all posts by scarina →
This entry was posted in 1970's, cult classics, demons, ghosts, monsters, supernatural and tagged cult classics, death bed: the bed that eats, scenes that make you go "What?", so seventies, women who kick ass. Bookmark the permalink.

3 Responses to Death Bed: The Bed that Eats