Noah Patterson of the A Slice of Horror blog has nominated me for the Liebster Award/chain letter. If you’re nominated for a Liebster then you automatically win. Also, you have to answer eleven questions about yourself and nominate eleven blogs for a Liebster. And you’ll die eleven days after reading this post. That last part might not be true. 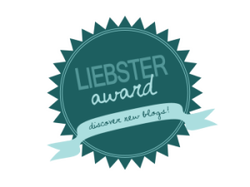 About half of my nominations came from my blogroll and the other half came from the 2014 members of the Horror Blogger Alliance.
First, the questions.
1. What angers you the most when watching a movie in theaters?
I can deal with the high price of movies, especially in New York City. I can deal with the high price of snacks. I can deal with twenty minutes of trailers. I can not deal with your children, especially at an R-rated movie. There have been really young children in the theaters when I saw the Evil Dead remake, the Carrie remake, and Land of the Dead. It’s deeply uncool that I paid up to $18 for a ticket to a movie and then have to spend the first five minutes of the movie listening to your toddler scream. I don’t think my parents saw a live action movie with me until I was ten (it was Jurassic Park), so why are you bringing your kids to these really inappropriate movies?
2. What do you love about watching movies in theaters?
I love being with a crowd of like-minded people who are all excited for the same thing. This is really palpable when you go to midnight screenings of cult classics. That’s why some of my favorite movie memories are going to see The Room, Teen Witch, and Night of the Living Dead, because the crowd was so pumped to see the movies.
3. Name a movie you never want to watch. Ever.
The Saw series. I just really hate Jigsaw. Who is he to judge people’s life choices? He’s spending the last days of his life torturing people when he’s clearly a gifted engineer and could invent something to make the world better. This whole series just reflects an ugly, embarrassing time in my country’s history.
4. Name a movie you’re ashamed you haven’t seen yet.
I’m ashamed that I haven’t seen past the second movie in the original Halloween series. I remember A Nightmare on Elm Street and Friday the 13th being all over t.v. when I was young but I never really saw Halloween then.
5. Favorite weekend hangout?
I make an effort not to leave the house. If money weren’t an issue, I’d probably be at every midnight screening ever at the Sunshine.
6. Favorite band or music artist for the past week?
Bat for Lashes. She’s an English singer/songwriter and her music is so spooky and melodic.
7. 3D. Yay or Nay?
It’s fun but I’ve never actually been scared by anything in 3D. Just seems like a way for studios to make more money.
8. Name a movie you wish you could have been on the set while it was filming.
Silence of the Lambs, definitely. I’d love to see the acting work that Sir Anthony Hopkins and Jodie Foster did, but I also really love the effects.
9. How do you stream movies (Computer, Blu-ray Player, Game Consoles like PS4 and Wii)?
A combination of laptop and I also have a Nook HD that I really like.
10. What are your top five favorite movie podcasts to listen to?
I feel bad but I don’t listen to podcasts. I just can’t really sit still and listen to something, I feel guilty enough when I sit and watch television.
11. Who is your movie celebrity crush? You have to answer for both guys and girls.
Right now, for men I’d have to say Mads Mikkelsen. He’s doing such an amazing job as Hannibal Lecter and I can’t wait to see him in his movies.
For women, I’d have to say Vera Farmiga. She took a character, Lorraine Warren, that I’d normally be repulsed by and made her interesting.
The Nominations
Ames Musings
CINEMA GONZO
Cinemania
Horror Feminista
Per24Frames
Nerds Die Last
The Strange, Far Places
Ruined Head
Carnography
Chicks and Chainsaws
Drunk in a Graveyard

I like scary movies a little too much. I thought I'd share my obsession with you.
View all posts by scarina →
This entry was posted in announcements, awards and tagged awards, liebster, things involving me. Bookmark the permalink.